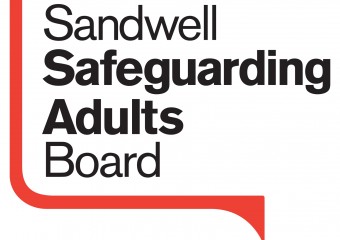 This awareness package has been designed for multi-agency staff and volunteers who have contact with people who may need support around hate crimes. It is important that everyone is able to understand the basics of hate crimes and how to raise a concern so that appropriate actions can be taken.

The free training is available via this link. 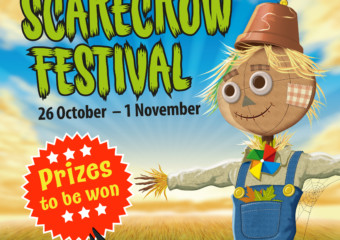 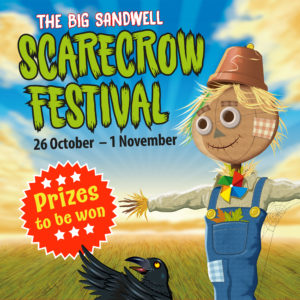 Throughout October half-term, 26 October to 1 November, Sandwell Council is looking for organisations and residents to create scarecrows and join The Big Sandwell Scarecrow Festival.

Residents will be able to vote for their favourites at Discover Sandwell. Prizes are be up for grabs for the best scarecrow from an individual, a school and an organisation.

If you have have never built a scarecrow, there are lots of easy demo videos on YouTube and the team have shared an example of one on the Discover Sandwell website link, above.

Details of how to submit photos of your scarecrow for the public vote and a map of where to see scarecrows across Sandwell may also be found at Discover Sandwell.

Entries should be submitted to the website by 5 pm on Sunday 25 October 2020.

Participants must follow government guidance on COVID-19 and only take part in the scarecrow search with other members of their household (or support bubbles of single people who have “bubbled” with another household).

In September 2019, the Government announced it had selected Rowley Regis, Smethwick and West Bromwich to submit a Towns Fund application for up to £25 million per town.

The towns able to submit a bid and the associated criteria were selected by central Government. Sandwell Council continues to identify and seize investment and regeneration opportunities for all six towns.

Next steps
Sandwell Council recently carried out a Phase one survey (in August 2020) looking at priorities in your local town. The results helped inform project ideas that should be considered for submission to the government for the Towns Deal funding.

These ideas then went through rigorous analysis to see if they meet both the Town Deal criteria outlined by Government, and Sandwell’s aspirations as set out in the Vision 2030.

Those project ideas which met the rigorous criteria have now been compiled into a shortlist.

They now need your views on these shortlisted project ideas as part of this Phase Two by completing a short survey by clicking here.

The phase two survey is now live until 30th September 2020.

The three of the main priorities for the Programme are:

For the full details on the Town Fund click here.

Sandwell Museums are launching a project to remember the first Commonwealth arrivals to the UK.

The ‘What’s in the case?’ project is funded jointly by the Ministry of Housing, Communities & Local Government’s Windrush Scheme and Sandwell Council’s Museums and Arts Service.

The aim is to collect the stories of the first wave of Commonwealth citizens travelling to Britain to live, work and make it their home in the years after the Second World War.

Councillor Danny Millard, cabinet member responsible for museums, said: “Sandwell and the rest of the UK would not be the diverse and culturally rich place it is today without the Windrush generations and every new Commonwealth arrival since then.

“We want to hear from that generation and their descendants, about their journey and the lives and experiences they have had since arriving.”

Councillor Jackie Taylor, cabinet member for sustainable transport, who became the first African Caribbean councillor elected in Sandwell in 2014, said: “‘What’s in the case?’ captures the dreams of my parents when they arrived in Birmingham in 1957.

“I am immensely proud of the bravery of that generation of people who travelled into the unknown from the Commonwealth. My parents arrived from Jamaica with not only the dreams for themselves and their families, but also that of British society and what they could contribute to it. I look forward to the project and richness of stories that I know will emerge, to inspire a new generation.”

Deputy Leader Councillor Maria Crompton added: “It’s important to remember the first Commonwealth arrivals to the UK and to celebrate diversity and the many cultures and people that make Sandwell great.”

Sandwell Museums would like participants to take part in a series of interviews via phone, Skype or Zoom to collect their stories and memories of their journey to Britain and of course, what they packed in their cases.

This funding has been created due to contributions developers make as part of the planning process and is available for community groups to bid for regarding projects within their local areas.

To find out more about the funding and comment on the latest consultation, visit www.sandwell.gov.uk/cilconsultation 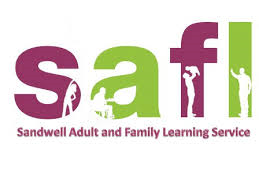 Sandwell Adult and Family Learning (SAFL) is the adult education service for Sandwell Metropolitan Borough Council. They are excited to announce the launch of SAFL Online.

SAFL Online is a digital learning platform which enables SAFL to build on 20 years experience of delivering high quality learning opportunities for the residents of Sandwell and the wider Black Country community. The online offer provides the flexibility to fit learning around busy lives.

All online courses are free for a limited time. Courses include:
• Making a face mask
• English
• Maths
• Information Advice and Guidance
• Food Safety Awareness, plus many more.

Course dates and prices are subject to change.

Whether you need to re-train and upskill or would just like to try something new, SAFL and SAFL Online are here to support you. Shaping Lives, Through Learning.

With lockdown easing, Sandwell has seen an upsurge in litter across parks and town centres. The Council has made several pleas asking people to take rubbish home or dispose of rubbish correctly – but too many people are ignoring these requests.

The Council has described the current behaviour of a small minority of people as “unacceptable” and warns of tough measures to help keep Sandwell tidy.

Sandwell Council’s environmental protection officers have been given the powers to issue £100 in fixed-penalty fines if people are caught littering our parks and streets. Enforcement officers patrol the six towns of Sandwell seven days a week and can enforce against those who throw litter from their cars as well as walking or picnicking in the parks.

Despite the hard work of street cleansing teams – some visitors to town centres are not respecting their local areas by waiting to find a bin. Instead litter is discarded on streets, making neighbourhoods look unsightly.

With more people returning to the streets following the lockdown, enforcement officers are on high alert. Officers will not hesitate to issue on-the-spot fines as part of the on-going attempts to keep Sandwell litter free.

A large contributor in the litter found on our streets is from people visiting fast food outlets. Pedestrians, and drivers especially, are being warned to take their items home with them if they cannot see a bin. Throwing rubbish from a car is never acceptable.

Fast food outlets are urged to maintain a litter free area around their premises.

A dedicated website aimed at young people has been given an overhaul by Sandwell Council.  Young people in Sandwell are being urged to log on  to find the latest activities on offer as well as useful information and advice.

The revamped website includes a new section with facts about coronavirus and the latest advice for young people.

It is aimed at young people aged 11-19 – (up to 25 for those with special educational needs and disability or SEND). There is help on staying healthy, getting active, being safe, education and learning, summer activities, skills, work experience and careers. The site sign posts young people to opportunities to have their voice heard and to shape services.

Young people are also being encouraged to follow Sandwell’s SHAPE Instagram to get the latest updates on campaigns, events and activities. (@Shape_Sandwell)

Sandwell Council has written to all businesses in Sandwell in a bid to halt a surge in COVID-19 cases. This is to give the Public Health Team’s advice to firms on how to open and operate safely in the midst of the ongoing pandemic. The council has also created an online advice page for borough businesses.

The letter has been translated into all the main languages spoken locally, including Somali, Slovak, Punjabi (Pakistan and Indian), Polish and Urdu.

Director of Public Health, Dr Lisa McNally, said in some cases recently, by the time her team knew about an outbreak, there were already dozens of cases and a major outbreak underway – making outbreak management very difficult.

Anyone who develops symptoms – persistent cough, temperature or loss of smell or taste – needs to immediately self-isolate for 7 days.

Where possible people with symptoms should be isolated from others in the household who do not have symptoms. If you develop symptoms book a test immediately via www.nhs.uk/ask-for-a-coronavirus-test or call 119.

Avoid any unnecessary interaction with people from outside your household. Crowded environments should be avoided.

If you have to go out, maintain a distance of at least 1 metre (preferably 2 metres) from other people and wear a face covering.

Have your say on hate crime with online focus groups

Sandwell Council is hosting a series of online focus groups for people to have their say on tackling hate crime.

Sandwell Council Deputy Leader, Councillor Maria Crompton, said: “We want residents to let us know how the Council and partner organisations can continue to tackle hate crime. We want to hear their experiences of hate crime and for them to tell us how we can better provide support to victims.”
Those interested in taking part can join one of the online focus groups being hosted between Tuesday 28 July and Friday 31 July.

For more details of the sessions visit www.sandwell.gov.uk/hatecrimefocusgroups

Hate crime can take place anywhere and to anyone, whether it is face-to-face, on the phone, online or a verbal or physical confrontation.

Sandwell organisations are working closely together – and with the West Midlands Police and Crime Commissioner – to tackle hate crime.

For information on how to report a hate crime, go to www.sandwell.gov.uk/hatecrime